DEGER CANADA AT THE SOLAR CANADA 2015

DEGER CANADA AT THE SOLAR CANADA 2015 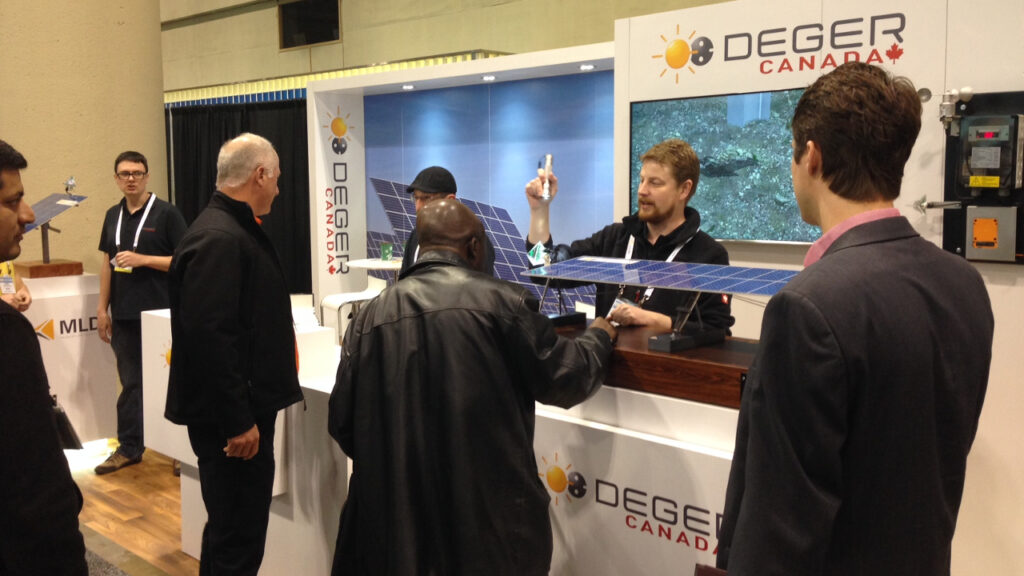 Toronto, Canada. December 2015. DEGER CANADA presented the DEGERtracker S70 – the new single axis sensor controlled tracking system by DEGER – on the Solar Canada 2015 in Toronto. The DEGERtracker S70 has been developed especially for the needs of the Canadian and North American market. The interest was accordingly high and very well received by the visitors.

The Canadian electricity system is one of the cleanest in the world, 79 per cent of the electricity comes from non-emitting sources and the solar energy market is growing rapidly. Also the DEGERtracker S70 will contribute to the further expansion of green energy in Canada.