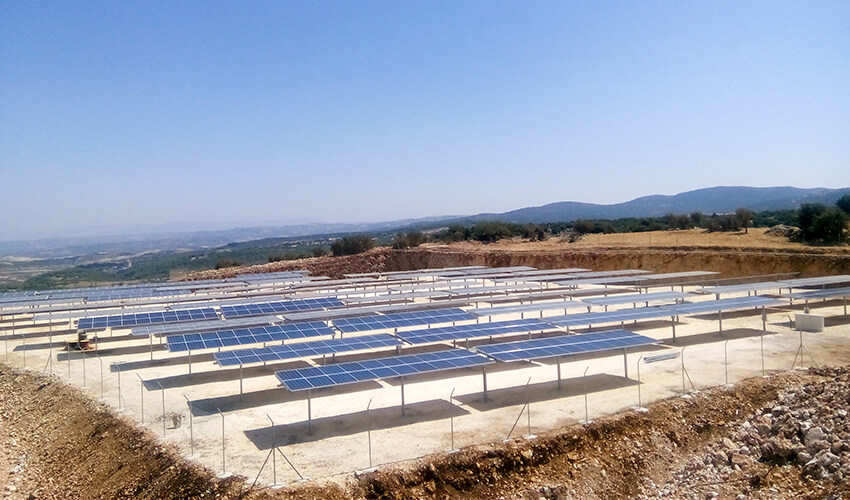 First introduced by DEGER as our flagship single-axis tracking system, the S70 PF has been very successful in Turkey, creating the increased return on investment that is to be expected from DEGER trackers. However, the latest projects have been greenlit using something new; The S100-PF-DR.

The key difference between the single axis S70-PF and the single axis S100-PF-DR is that the S100-PF-DR will not only provide higher system output efficiency but will also reduce the energy use associated with tracker movements. This is due to an improved slew drive design which is stronger, and easier to install.

Totaling 150 units, this project provides an excellent example of our technology, from production monitoring, to site design, to operation and maintenance.
Due to some complicated elevation charges, terraces were constructed, which provided sufficient space for each unit, proving that even rough land can be modified to suit to the construction of DEGER Tracker S100-PF-SR project.