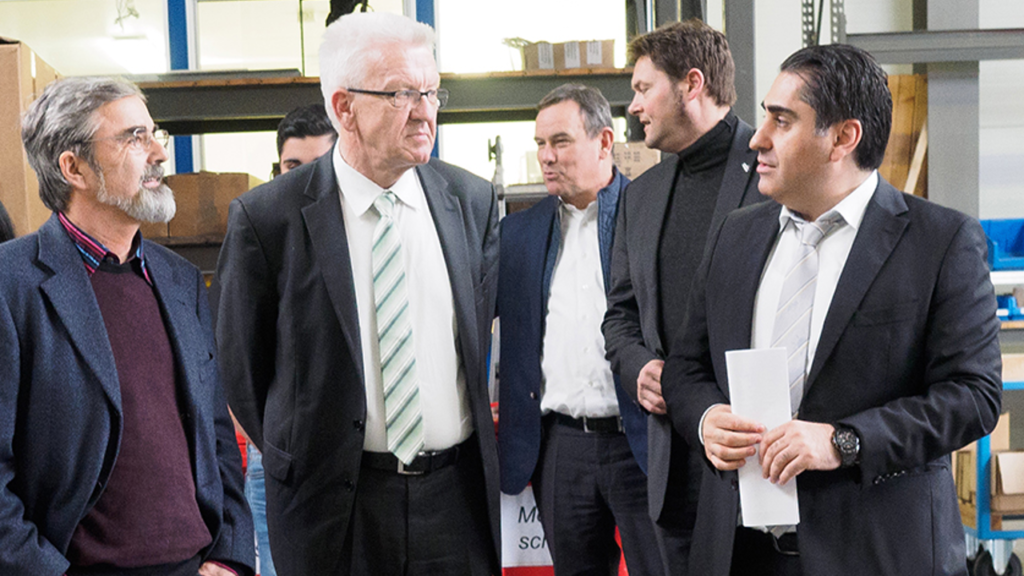 During his visit in the headquarters of DEGERenergie, the Minister-President of the state of Baden-Württemberg Winfried Kretschmann discussed the patented MLD technology and the company’s development in recent years. Kretschmann praised DEGERenergie for their international success and admitted failings of the policy for the promotion of the solar industry. In the years 2012 – 2013 many companies in Germany could not withstand the pressure from the Chinese solar module manufacturers and had to close their doors. The Minister-President regretted that during his term, by resolution at the federal level, the solar industry had to suffer major setbacks.